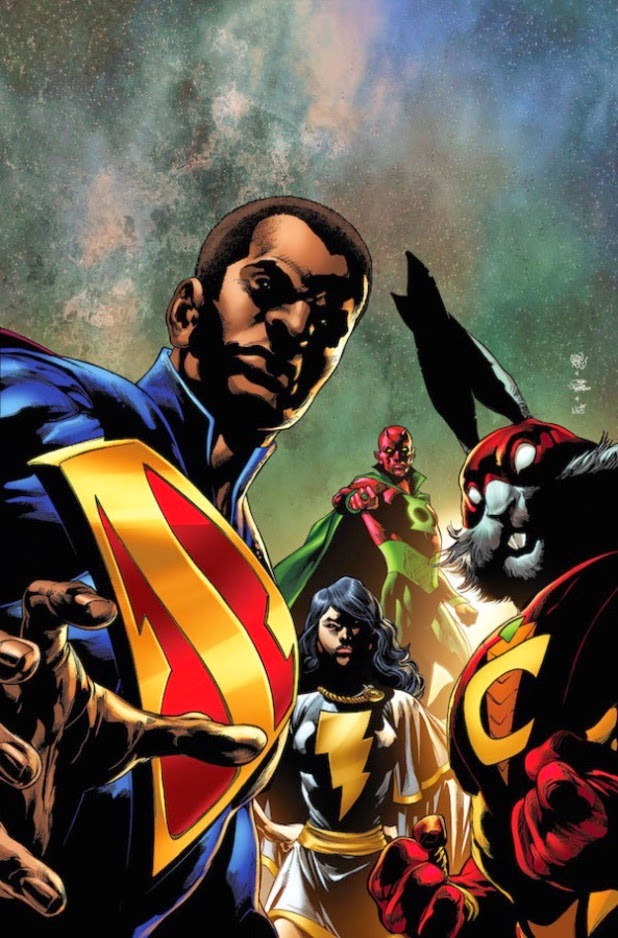 Somewhere in a mundane world a boy dissects a comic book – literally – with scalpel and forceps. This “supposedly haunted” comic is the story of a boy dissecting a comic book; only it’s also the tale of Nix Uotan the Superjudge, last of the godlike Monitors, who descends into a work of fiction to investigate a caustic blight on the face of creation and becomes trapped at the hands of the demonic Gentry. With all of existence in peril it’s up to a crack team of superheroes from across the multiverse to rescue Uotan – not to mention his partner Stubbs, the talking pirate monkey – and prevent the destruction of the universal orrery.

Confused? Welcome to the marvellous mind of Grant Morrison. It’s his world, we just live in it.

To those familiar with Morrison’s work, it should come as no surprise that the Multiversity is Meta is a capital ‘M’. More than just a love letter to the endless possibilities of a super-heroic multiverse, this is a story about comics themselves and the language of sequential storytelling. Surrounded by hellish foes, the Superjudge feels the panel borders contracting around him. Heroes from one universe discover that their lives are another world’s comics. One character directly references DC and Marvel (or “Major Comics” for legal reasons…)

On the face of it, however, the Multiversity is primarily a comic about the dark, the wonderful and the outright ridiculous. Quite how much enjoyment you get out of the book will depend on how much weirdness you’re willing to tolerate along the way.

Moving along at a fantastic pace, this first issue Multiversity introduces us to a staggering array of characters and concepts – each of which could support a series of its own, let alone a brief cameo. Amidst the breakneck chaos, there’s a lot to love. An Aboriginal yet strangely familiar thunder god brushes shoulders with a thinly veiled homage to Erik Larsen’s Savage Dragon. Captain Carrot, a Bugs Bunny-esque Superman with the daunting power of cartoon physics, taps into our recent Rocket Raccoon goodwill, while Barack Ob… sorry, President Calvin Ellis, the Black Superman of Earth-23, feels like Morrison’s pitch for the best Superman comic you’ll probably never see. 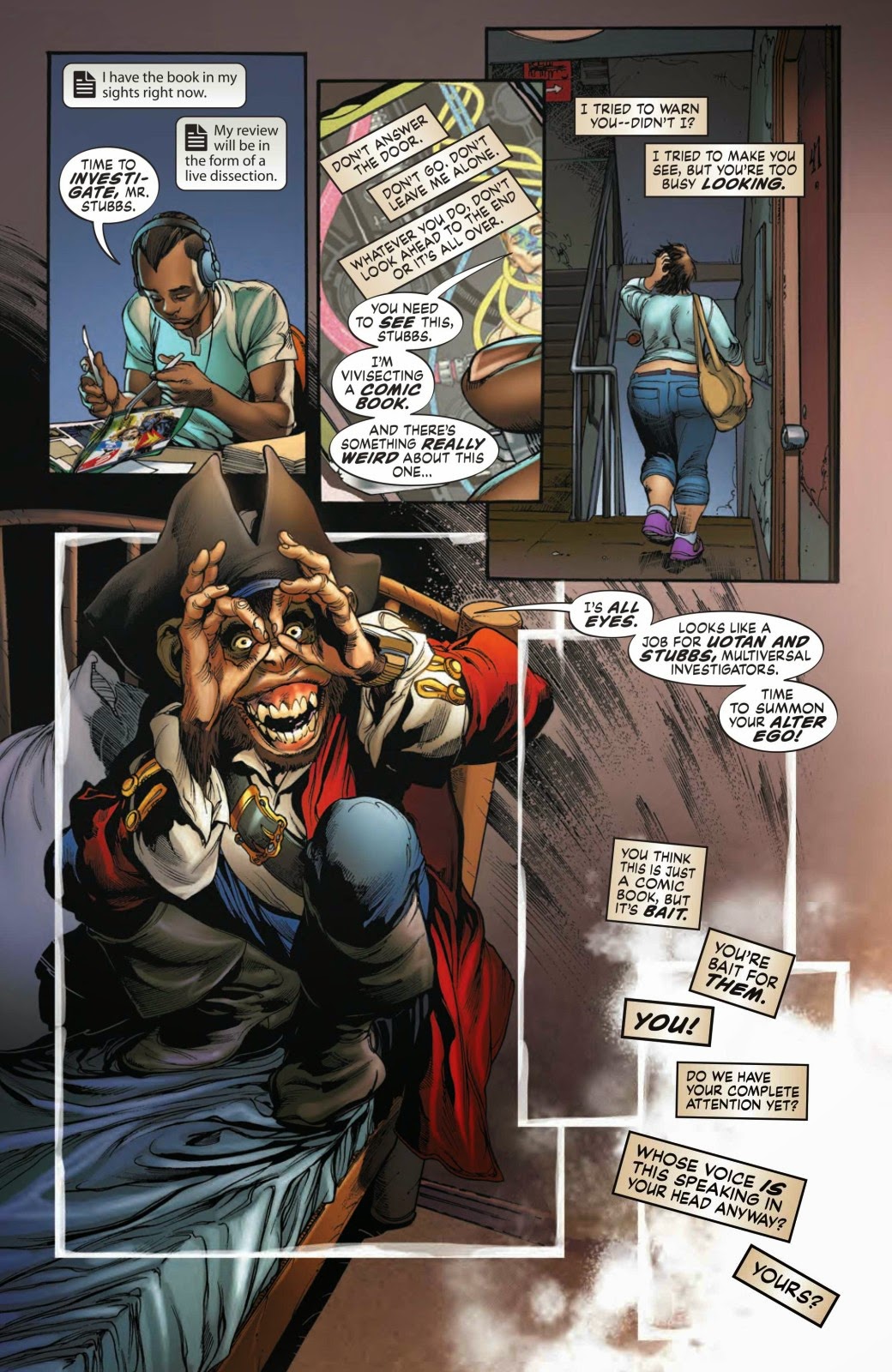 The art team, as led by Ivan Reis on pencils, deliver a solid if unexceptional looking book, balancing the demands of a large and complex cast. Special mention should be given to the depiction of the Gentry, whose suitably unsettling appearance brings to mind a Hieronymus Bosch-like vision of hell. There’s also enough subtlety in the art to depict two teams of Avengers analogues (classic and modern) while still retaining a sense of uniqueness. As with any Morrison book, however, the script is the real attraction, and it’s here that the Multiversity’s strengths and weaknesses are apparent.

In a sea of mundanity, any Morrison project is a welcome breath of fresh air, and while his ambition may occasionally outstrip the success of his stories, you can’t help but be excited for a writer willing to take such risks. While at times his offbeat storytelling can feel like “weird for weirdness sake,” it’s often saved by his infectious faith in the power of superheroes and the medium of comics in general. The Multiversity is an exciting comic, but it’s also a confusing and slightly impenetrable one. It remains to be seen if readers unfamiliar with Morrison’s quirks will be willing to stick around for the inevitable resolution. A collected edition, where a spider web of plot threads can be contained neatly, might be easier on the brain.

With DC glossing over its past in the form of the New 52, it’s indicative of Morrison’s star power that he’s been given full access to the dustier corners of the archives. This begs the question, however, as to who exactly the Multiversity is aimed at. Classic DC fans, alienated by recent editorial decisions, may be unwilling to risk being bitten again. A modern generation of readers, raised on the New 52, might be baffled by the unfamiliar faces and references to retconned events such as Final Crisis. Mad, challenging, bizarre and steeped in its creator’s personal logic and mythology, ultimately the Multiversity is a book for fans of Grant Morrison.

Read into that what you will.

Jon Lock is the writer and creator of Afterlife Inc.
Posted by Proud Lion at 10:00