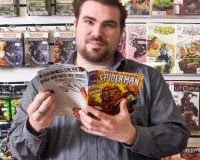 BEN FARDON
Editor, Contributor
Ben Fardon is the owner, proprietor, manager and filing clerk for Proud Lion. Bascially, Ben is Proud Lion is Ben. He often uses the personal pronoun 'we', in an attempt to not feel like a man alone. In that context 'we' refers to Ben, the bricks and mortar, the stock and the branding that comprises Proud Lion. It also makes him sound kind of crazy. 'We' are OK with that.
Ben has been reading comics since he was five years old and his Dad bought him a Transformers comic at the local newsagent. In the same comic were reprints of Iron Man in the red and silver armour. To this day, Tony Stark is his favourite superhero. 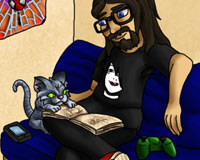 IAN BLAKEMAN
Artist
Ian got far to lost one day trying to sell wheels he had recently “acquired” from the local streets of his home town Liverpool. Surveying the less grim South he decided that this would be the place he finally express himself artistically and not with a spray can, but with pencil, paper and a whole bunch of other tools to.
After three years of Illustration at the University of Gloucestershire he emerged to be introduced to the legend that is Ben. Not only did Ian thirst for Ben's merchandise but he wanted so badly to give back to this wonderful man. Powered by he was handed a blank slate to carve into the world a new breed of super hero... in between the acquisitioning of car wheels and asking people to “calm down” when ever things got a little bit edgy.
For his work please check out http://ianablakeman.carbonmade.com/ 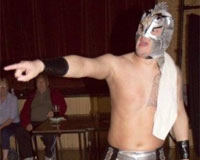 Wrestler, writer, techie, husband, mutant, martial artist, philosopher, manager, yoyoist, father, gamer, parsnip enthusiast. Chris Boyle is and has been many things. A sexy smörgåsbord of a man, if you will. He also loves comics, shops at Proud Lion, is opinionated and has an internet connection. All the necessary qualifications to make him the prettiest contributor to this blog.
His crusade is for more people to read better comics, and support their local independent retailer in doing so. If you see him, say hi and tell him what you like to read. But whatever you do, don't touch him, that'll just end... stickily. 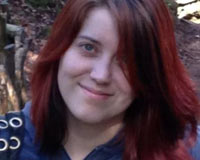 Rae spends most of her time staring at a computer screen these days. She's an avid gamer, playing everything from Borderlands to Skyrim to Ticket to Ride, though she seems to have a particular weakness for RPGs and board games. When she's not playing games, she's designing them and begging her friends to play. When she can drag herself away from her tech, Rae can be found reading, writing, or researching. Usually these things involve dragons, magic, or ancient Egypt. 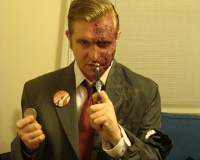 STEFAN HARKINS
Contributor
A man of many faces and nicknames he has a big heart, loves to read comics of all shapes and sizes - from capes and cowls to indie and zombies! In his spare time he also loves geeking out about Dr Who, increasing his toy collection, playing video games and going to the cinema.
You will usually find him lurking in Proud Lion for hours at time and will sing the praises of Ben to anyone who is willing to listen (or not!). 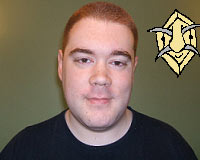 Todd Marsh was born and raised in Cheltenham, but has been accused of living on the internet. He loves nothing better than to browse the web under his screen-name of OldManRupee, a name which references an obscure Nintendo character because he loves Nintendo too! He has several irons in the fire at any time, including an active forum adventure, an online timeline project, and now this! Oh, and a full time job in the "real world" of course. Todd only recently discovered comics (and Ben), and has since fallen hard for Gotham City as a character. He's been passionate about webcomics for a while now though. 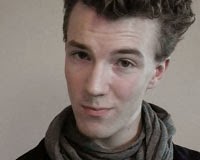 JACK MELDRUM
Contributor
If you take a dash of theater student, a pinch of the struggling writer-artist, sprinkle in some dashing good looks and then take the square root of five, you'll probably end up with something close to Jack. Barely a youth by any standards, Jack always had an abiding love for comic characters and can vividly remember running out of the first Spider-Man movie shouting 'THWIP THWIP' - but until he ventured into Proud Lion he'd never touched a published piece in his life. It's all water under the bridge now, of course. A scholar by nature, self-described as Very Opinionated, Meldrum's now a hard-core comics addict and (despite his age handicap) ludicrously well versed in the real life and fictional histories of The Big Two as well as all sorts of slightly useful trivia. Jack spends most of his time reading, watching movies, and honing his art and writing skills under the name of Miles. With a little Energon and a lot of luck, he'll take those to places! 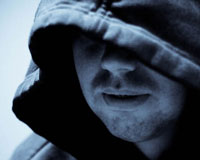 MATT PUDDY
Contributor
Matt Puddy hails from a fairly normal life. He likes TV, games, playing sport and has within the last few years found a new love for reading comics.
Always happy to try something new and is a open minded person. His new found love for American comics have come more from finding Proud Lion and starting to read more DC, Marvel and Top Cow comics (to name a few); Matt has always had a fascination with Manga, Anime (such as Naruto, Bleach and One Piece) and general Japanese culture.
Jack of many trades, master of none, happy with that. He would be more apathetic but can't bothered... 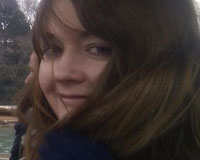 KATE TOWNSHEND
Contributor
Kate Townshend is a part time teacher and part time writer. In practice this manifests in an urge to shepherd her friends carefully across roads, and a tendency to talk too much. She loves Cheltenham, books, miniature pigs and slashing up her favourite tv show characters. But probably not in that order. She is also a bit of a fan girl when it comes to Doctor Who, Torchwood and Being Human, and has visited the plaza in Cardiff purely for the purposes of comedy photos.
Check out more of Kate's work at her website: http://www.katetownshend.co.uk/


We are looking for more blog contributors.
If you'd like to get involved, please email shop@proudlion.co.uk and we'll get in touch.