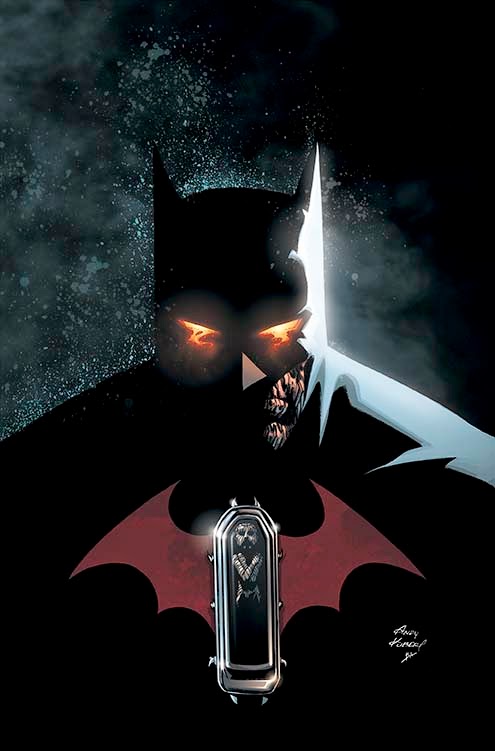 Being Batman's protege is not an easy task. For a start, there are at least five in the New 52 continuity, without then counting Earth 2 counterparts or other variations. Secondly there are times when the life of a Robin is specifically endangered, such as the well renowned Death in the Family story.

A prime example of this is Damian Wayne, the most recent Robin who polarised fans and last year died at the hand of Heretic (who happened to be a clone of himself).

Whilst every Robin has had their own effect on Bruce, the death of Damian hit harder than that of say Jason Todd. Bruce literally fought his way back through time to be reunited his son and become the father figure he missed in his own youth, only to have that taken away from him by Leviathan.

In the past few months the Batman & Robin title has taken a different path to explore Batman’s loss, including him lashing out at people who care about him. Working through his grief, he had almost reached a point where he'd come to terms with the death of Damian, but then Bruce’s world is thrown into turmoil once again when Ra’s Al Ghul steals the boy's body - as he feels is his right as his Grandfather. Almost managing the feat through various Lazarus Pool attempts, Bruce triumphs in liberating Robin's corpse and is leaving Nanda Parbat when things go awry again.

This is where the Robin Rises Omega one-shot opens. The departure with Damian’s body would have been fine, except for the Boomtube opening bringing a select band of residents from Apokolips. These servants of Darkseid re searching for the Chaos Shard that Ra’s Al Ghul conveniently used in the sarcophagus to support Damian’s body.

Faced with insurmountable odds on his own, a fragile partnership is formed. The combination of the League of Shadows, Batman and his combined associates are enough to hold the Apokolips forces back, culminating in Batman finding the Shard, but the fight isn’t over. Glinting visions of things he shouldn’t see leaves Batman open to a shot from Glorious Godfrey, allowing him to take the shard back. 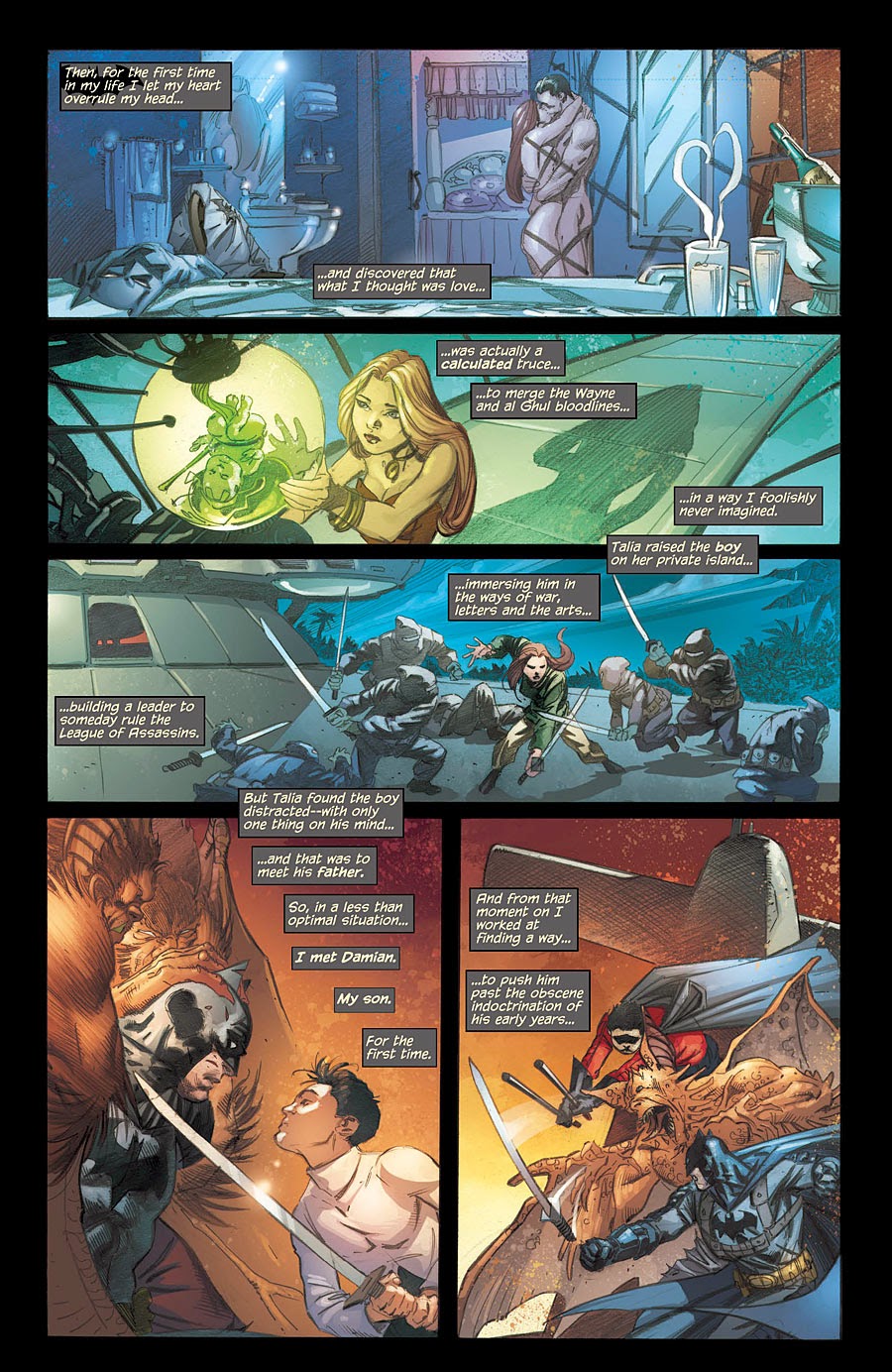 Things could have been worse but the arrival of the newly Luthor-led Justice League appear, starting another fracas. It’s not as productive as they wanted though, as Godfrey escapes with the sarcophagus and thus the Shard, but more importantly Damian as well.

Bruce is left once again without Damian, but instead a burning passion to head to Apokolips to get him back, putting him at odds with the League.

Peter Tomasi is a writing favourite of mine, so I was looking forward to this one shot. In essence this is a very good bridging issue between arcs, designed to entice new readers into the story as it sets up the new storyline for issues of Batman & Robin to come. As always the writing was strong, although parts of the story retcon felt a little over the top (even if it is for the benefit of anyone using the issue as a jump on point as DC hope).  It does have a certain amount of possibilities that it opens as well; some will obviously be followed up in issues to come, though some that may be dead ends or red herrings.

The legendary artist Andy Kubert also returns to the Damian character on this issue, making it an all star line up on the production. There is a neat distinction between the catch up and the present story within the colouring and inking which makes for a really nice touch.

This is a cracking issue with a great amount of talent working on it. What is there not to like? For seasoned fans or new readers stepping into the breach with Batman you are spoilt for choice, but this is one that's worthy of a space on your shelf.