Well it’s that time of the year again when Marvel rolls out a new event for the combined universe to undergo. It’s been teased and hinted at for quite a while – and I think some of the recent one word teasers also relate to the repercussions too – but we now embark on the eight-part Original Sin storyline.

There are several crossovers also occurring as a result with the sins spilling into Avengers, Mighty Avengers and Deadpool. And those were just the ones advertised in the back of part one!

There is an issue #0 (written by Mark Waid) to also take into account which - for those who aren’t really aware of who the Watcher is - explores the role that the Watcher plays and how he came to be over the millennia that preceded the present day. It also shows an uncharacteristic moment when he speaks in the presence of a mere mortal – Nova – which demonstrates his scope and view over all things.

Jason Aaron’s main storyline though revolves initially over the Watcher coming to an end. The issue is titled Who Shot The Watcher? which is an interesting premise for a series to begin with, considering Uatu was meant to be all-knowing and all-seeing. Sadly I think it's impact has also been muted a little bit, as it follows so soon after the new Hulk title which also a whodunnit about who shot Bruce Banner. In such a short time, the duplication of the same idea comes across as bad planning perhaps on Marvel’s part.

Opening with the crime itself, the narrative then quickly shifts location and levity to a restaurant on steak night, Cap, Wolverine, Black Widow and Nick Fury are seen arguing over the best steak (or bear) they’ve had. Things change quickly when they all have to head to the moon and the Avengers assemble at the scene of the crime. Aside from the shock factor at who has been killed, the ramifications of his arsenal being pillaged and his technology being plundered are potentially outweighed by the gruesome act of the assailant having also gouged out his eyes. 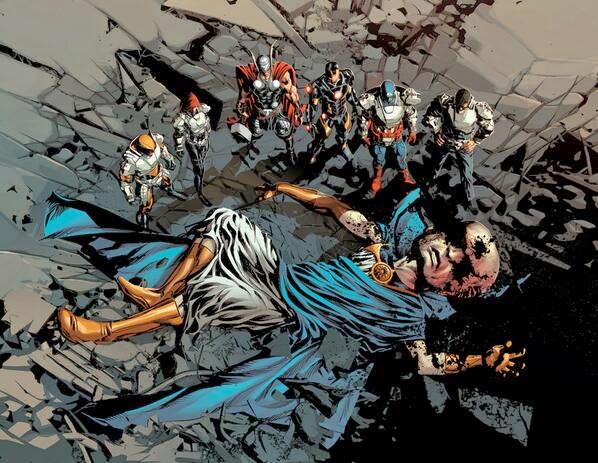 Realising that this could take more than the Avengers are prepared to do, T’Challa is called to help and a slightly random assortment of heroes are put together as a loose-knit team to help dig, investigate and interrogate the various leads in order to get to the bottom of it all. Along the way Spider-Man and The Thing end up fighting a Mindless One who is apparently gaining sentience and individuality, something it cannot handle so it ends its own life. Stern stuff for an entity that is being controlled from a big bad in the background. Someone that we gain a glimpse of but nothing more. 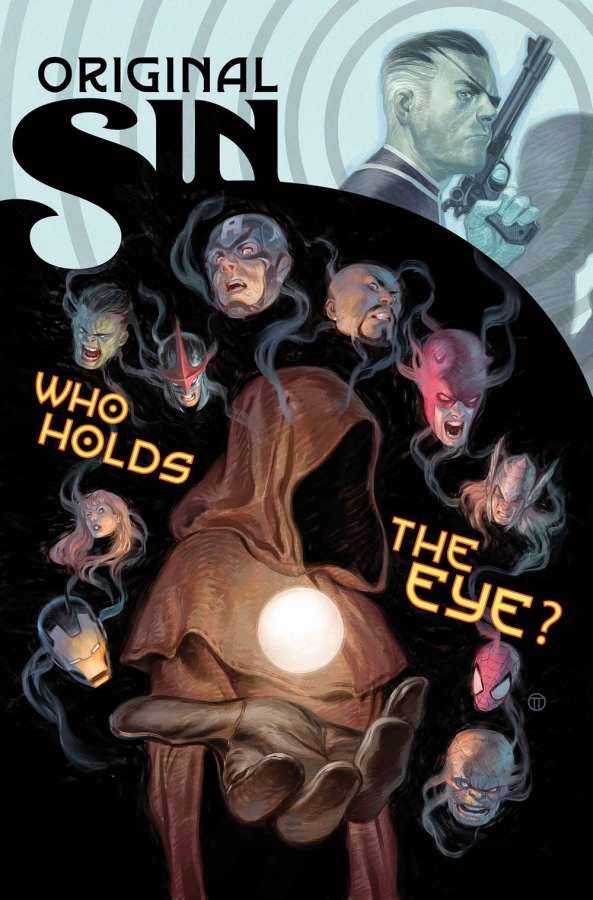 So will Nick Fury also manage to play detective? What will T’Challa find on his various challenges, and what will happen between The Punisher and Doctor Strange seeing as they’re already at odds... the next seven issues will tell.

Veteran Mike Deodato (and one of my favourites! BF) takes to the pencils for this series. There are a lot of familiar faces with a grittier depiction. A lot of attention has been paid to every frame and panel and it feels as though there is a real classic quality to this. It adds a certain gravitas to the whole comic which would have been lost if another artist (Ramos for example) had been on it instead.

It is a big issue with a bold and brassy opening, but is it too big? The cast in this issue alone is huge and the advertising for issue two pulls in even more known heroes to the situation. Even with the cast shown it sometimes felt a little diluted and spread too thinly to hold a concise story over the coming issues. For instance, crowbarring in Ant Man and Emma Frost just to show they are part of the team felt awkward, although you can see it might be necessary.

Will this be all wrapped up and solved in eight issues? Well yes solved I'd say, but wrapped up? No, I can envisage that there will be a great deal of fallout from the simple actions that this opened with. But then that's a classic Marvel event, often the aftermath is even more interesting than the event itself such as Dark Reign and the preceding Secret Invasion. Jason Aaron is well known as one of Marvel’s architects so I trust his work. We'll see where this takes us.

Matt Puddy is going to melt on his upcoming travels.
Posted by Proud Lion at 12:00