This month sees the release of Eldritch Horror, a fantastic cooperative board game from Fantasy Flight Games. In this game, you can travel the world, so long as you remember to close the gates of hell and stop otherworldly creatures from pouring through along the way. Oh, and don’t forget about the deadly Ancient One, ready to awaken and destroy the world!

Eldritch Horror is, at its heart, a horror survival game. It allows for anywhere between 1 and 8 players, with the difficulty escalating in relation to the number of people playing. Each player chooses a character from the pool of “investigators” provided, and each investigator has their own unique abilities. These abilities can prove to be crucial during gameplay, so it pays off to try for a strategic combination of skills that complement each other. It’s a refreshing change to have a game that caters to single players as well as larger groups - far too many times we’ve sat down to play a game only to discover we’re unable to play with only one or two people, and that's not the case here. 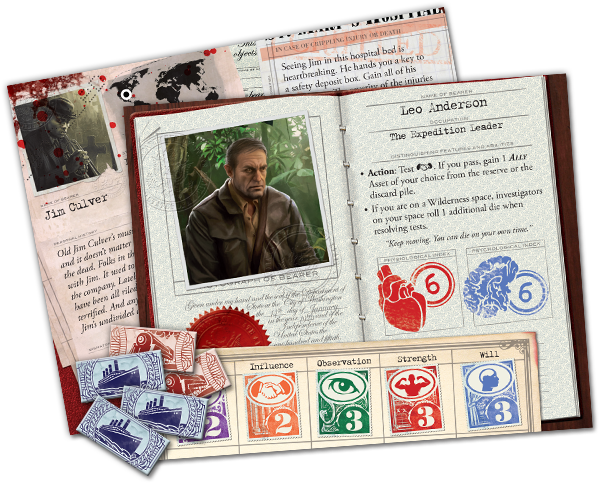 Every game features one of four Ancient Ones, each of which comes with their own deck of Mythos cards. Mythos cards are essentially events that take place during the game, and can help just as often as hinder. They also each have their own set of mystery cards, which players must resolve in order to win the game. The mystery cards have varying goals, each of which are specific to the Ancient One they accompany, making each game a unique experience - and also increasing the importance of having a group strategy.

Over the course of the game, you’ll struggle against monsters coming through the various gates opening across the world. This is where travelling becomes a highlight, as often you must travel to a particular world location in order to gain clues, close gates, or solve mysteries. It also is where games with less players tend to suffer slightly. At the most, you can only move along three paths in a single phase, and then only when you have picked up enough travel tickets to do so. The board does wrap-around, allowing for players to get from one side of the board to the other quickly, but if the location you need is four or five paths away, the chances of you getting there quickly are small. Working in tandem with other investigators who may be nearer allows players to achieve goals with less travelling required. 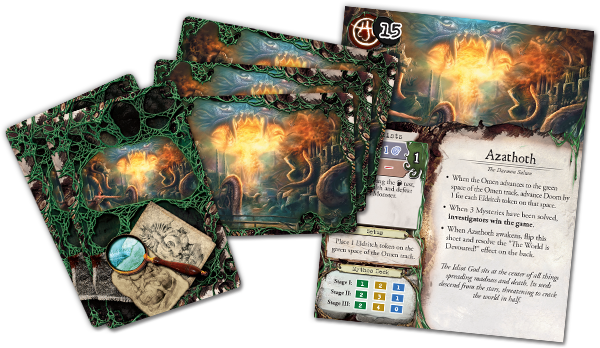 Despite being surrounded by elements and monsters who are determined to make you fail, there are plenty of objects that can be acquired to support you. Every investigator has a starting set of bonuses, which may include weapons, allies, or spells. These can be gained during gameplay, and can also be traded with other investigators who may be able to use them to their full advantage. To complement these (or perhaps just to make winning an even bigger challenge), the game includes Condition cards. Conditions can be beneficial or detrimental - for example, a Blessed condition makes it easier to succeed on dice rolls, while a Back Injury comes with the possibility of dropping items from your hands should a reckoning come along.

What’s a reckoning, you ask? It’s probably the most evil symbol in the whole of the game. A reckoning is essentially an event which makes bad things happen. If this deadly little symbol pops up on a Mythos card, you can all but guarantee the coming of bad stuff. Monsters, conditions, items, and even the Ancient One often carry extra dangers that are activated when a reckoning occurs. These can be minor, but can also be devastating, so removing monsters or condition cards with these symbols can at times prove to be essential to moving forward. 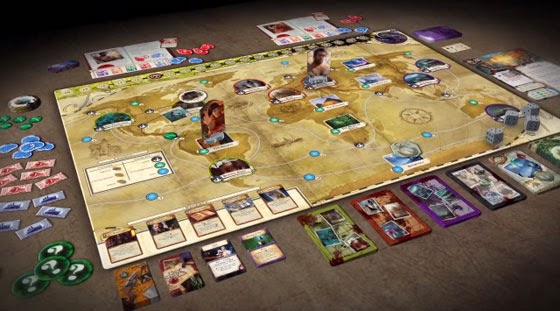 All in all, Eldritch Horror is another Lovecraft-themed adventure that proves to be completely engaging and a welcome challenge, being just difficult enough to make winning feel like a real accomplishment, but not an easy ride. I have no doubt this game will have a good number of play throughs in the coming weeks in our household!

If you want to give this game a try, pop in to Proud Lion on Saturday, 14th December, where we will be running an Eldritch Horror demo! Stay tuned for more details!

Rae is wandering through the Dreamlands...
Posted by Proud Lion at 12:00