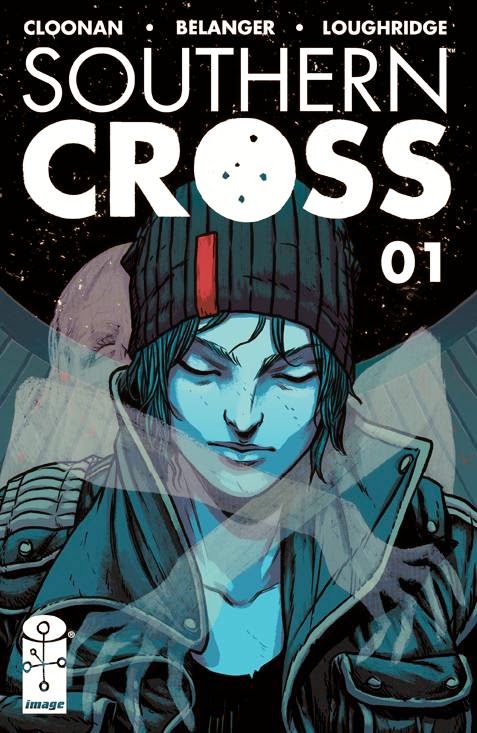 Image has always been an interesting publisher for me. Aside from the all-star line up of partners and founders that they have (Kirkman, Silvestri, McFarlane et al), I’ve often found that they take a slightly different approach to comics outside of the stereotypical masks and capes approach that the mainstream and first identified publishers such as Marvel and DC.

This week’s comic is a good representation of this. There’s nothing super, nothing powered and nothing mystical (so far) to push it along. Instead we have a story driven by a normal woman on the path to find out what has happened to her sister. When working in admin, it’s not that life threatening a role to play, even in a science fiction setting.

The opening to the series, by Becky Cloonan, is very akin to a murder mystery and quite reminiscent of something I would expect to see Hercule Poirot bobbing around in. This is a scene and pacesetter for the entire run right from the word go. The tone, both visually and literally, is created and there is an awkward rough feel to the story which is perfect for Alex Braith making her way to Titan surrounded by the roughnecks and workers bound for the refining station on Titan. There are a number of contradictions presented to you as well as you would find in life, which aid the story to feel more realistic, even though it’s set in the future. The mix of personalities which bond and clash is akin to the everyday relationships that everyone finds themselves in. From a wider perspective the claustrophobic feel of a close-quartered tanker, combined with the simple enormity of the ship itself is another great example of this. 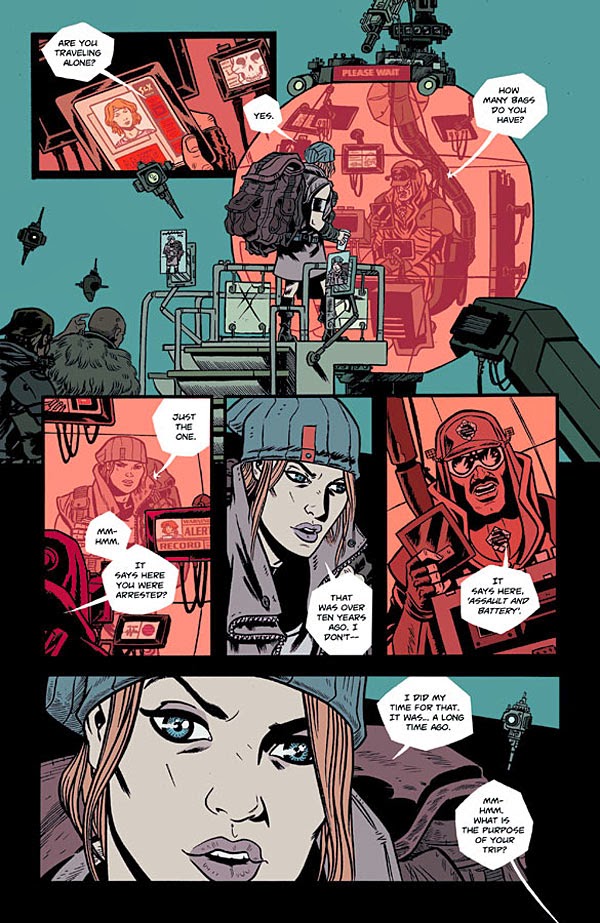 As Alex moves through the ship she meets people who will no doubt shape her tale in more than one way. The doctor, the captain and her bunkmate for example. But everything takes a twist later on in this first issue. Whilst on a routine walk around the ship she is shown the gravity drive. Something takes her away. Did her mind drift or did she really see her sister calling out for help? Something is awry and only the inquest she is on will resolve it.

Working with Becky Cloonan is Andy Belanger on pencils. As I mentioned before the artwork is befitting the story. Lee Loughridge’s colouring certainly adds to this as well. Thoughout the issue there is a great level of detail in the surroundings which is fantastic, even when you get to the end and find an advert for positions on the crew along with schematics of the ship and station. The geek in me loved these extra little touches at the end. This is quite possibly due to my love of the Sulaco and Nostromo, but even so I thought they were great.

The visual characterisations are a little basic for my preferences, but even so there is a lot of interaction displayed and passed on by them. Overall the tone is further supported by the colouring. Individually the different aspects have varying merits but all together it works well.

As a first issue it has enough to keep you reading and asking questions. For a stop outside of the normal it’s a good one.

Matt Puddy is continually delighted by the variety Image are bringing to the shelves.
Posted by Proud Lion at 20:00