By now, pretty much every gamer has seen, if not played themselves, either Star Trek: Attack Wing or Star Wars: X Wing. These fantastic games both make use of the elegant flight path system, allowing gamers to move game models freely across the vast landscape of a 3' x 3' map. They employ easy-to-understand mechanics to introduce players into the gameplay quickly, but incorporate deck building to allow more experienced players to carefully construct the perfect fleet for their next encounter. Now this brilliant game system is taking on an entirely new theme: Dungeons & Dragons.

Coming to Proud Lion in October, the starter set for D&D Attack Wing brings players into the game with three stunning dragon figures: red, blue, and copper. The set comes with all the manoeuvre templates, manoeuvre dials, cards, and tokens required for a two- or three-player game right out of the box. 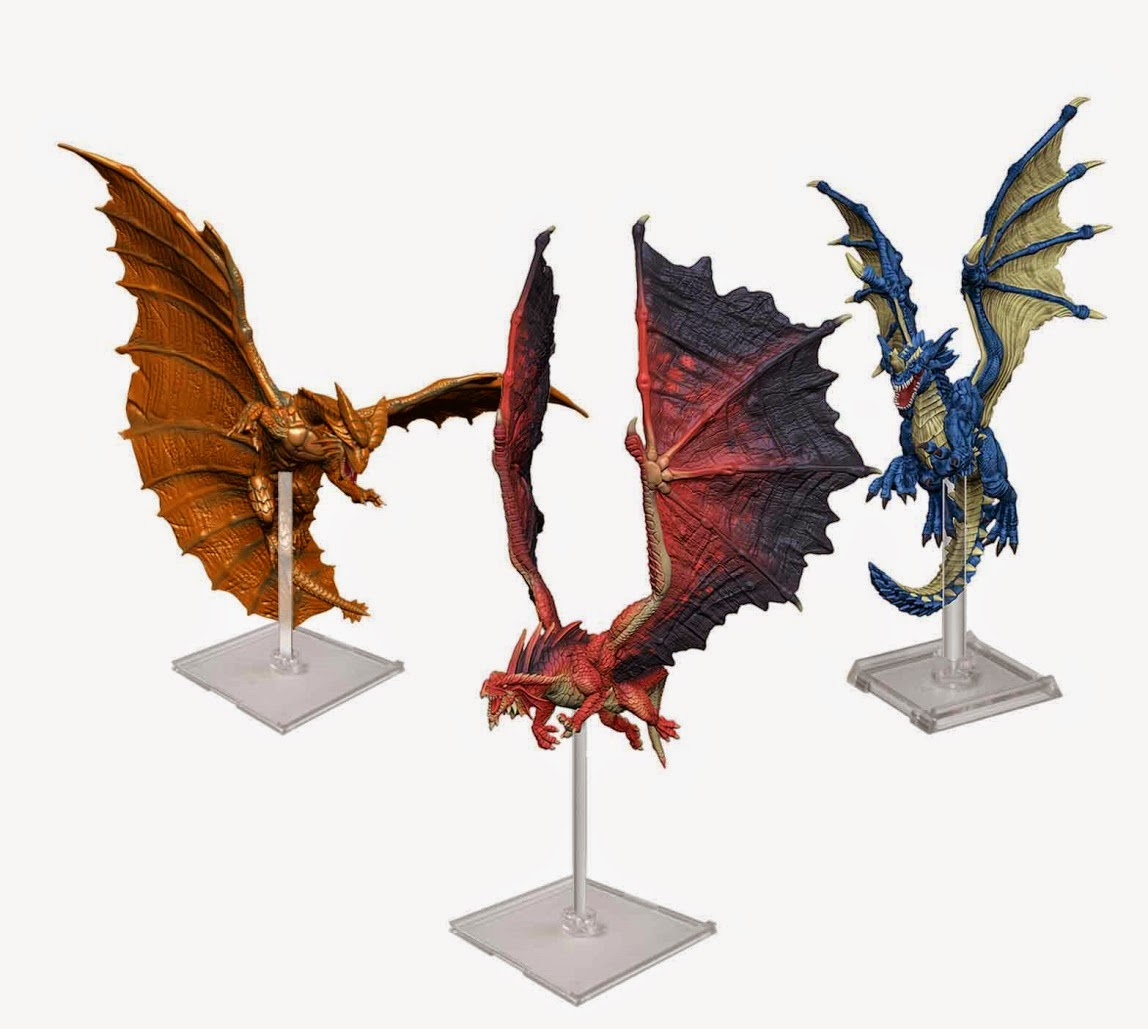 Of course, you can't make an army with just one dragon, so you may want to build up your troops with the other models being released as part of Wave 1. The expansion packs currently scheduled for release are the Green Dragon, Frost Giant, Sun Elf Wizard, Sun Elf Guard Troops (6 pack), Hobgoblin Troops (6 pack), Dwarven Ballista, and Wraiths (2 pack). 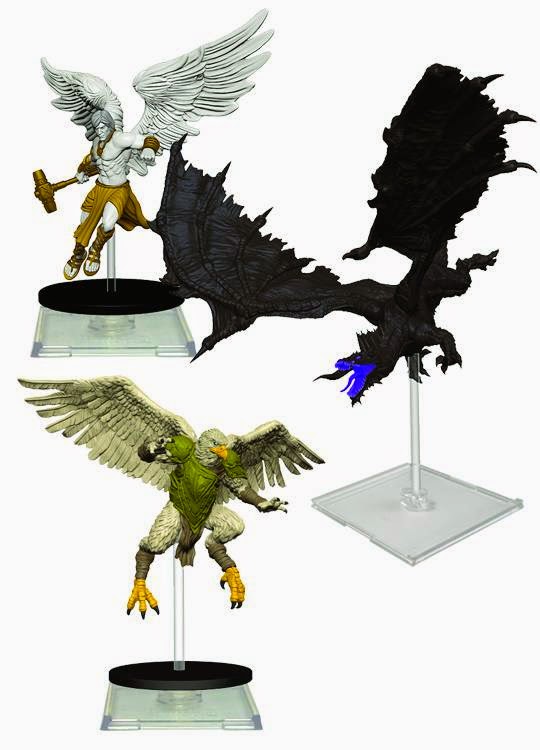 Still not enough for you? No problem, keep an eye out for Wave 2, currently expected in December! This wave currently includes the Black Shadow Dragon, Movanic Deva Angel, and Aarakocra!