Volume Three: At The End of Days

I need a minute. Let me just compose myself. 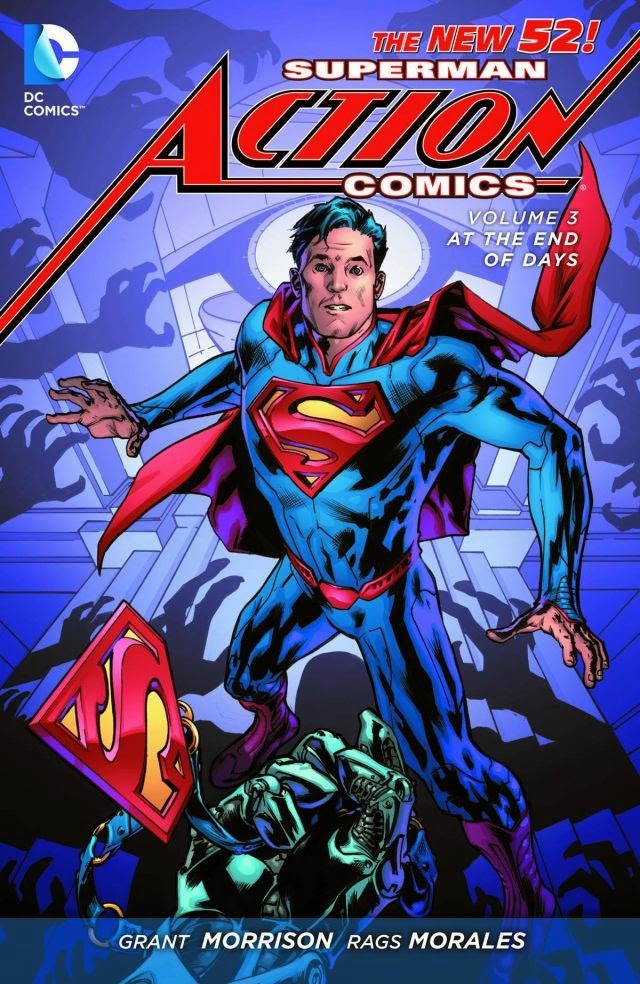 Volume Three of Morrison's Action Comics run is a transcendent and almost flawless piece of comics. And I love it. It makes the previous two volumes better by virtue of their leading into it. It feels like a magic spell, some sort of occult incantation designed to transform the mind and reshape the soul.

End of Days opens on one of the best single issues I've ever read  - a story about a boy and his dog, and ghosts, and Halloween. It features the wickedly cool Dr. Xa-Du, a Kryptonian scientist with the ethical integrity of wet string, who makes himself real outside the Phantom Zone with pure willpower. He's another living idea, of course, just like so many of the foes we meet in Action. The story itself is a tear-jerkingly sweet little tale, a critical interlude in the mind-bending space opera we're stepping into. Xa-Du is poached by the Little Man for his Anti-Superman Army and Krypto joins the Superman cast and I cried and cried when the little dog gets carried to the sun by his loving master.

It just amps up from there. In the mind of the five-dimensional Ms. Nyxly, we see Superman save astronauts on Mars and we meet the Little Man for real, as the legitimately terrifying, 5D satanic monster Vyndyktvx. The Little Man really is the devil.

After that, it's nothing but flawless, pitch-perfect comics. Soaring, sweeping emotion. Meta-fictional madness. A tight, dense, mythical story where Superman, in the end, fights his own extradimensional doppelganger, Superdoom – himself just another tool of the cackling Vyndyktvx. We meet our Mxzptlk, a charmingly corny old bloke, and we see everything Morrison put into play in the past two volumes collide in a cross-time war against the sun-god. 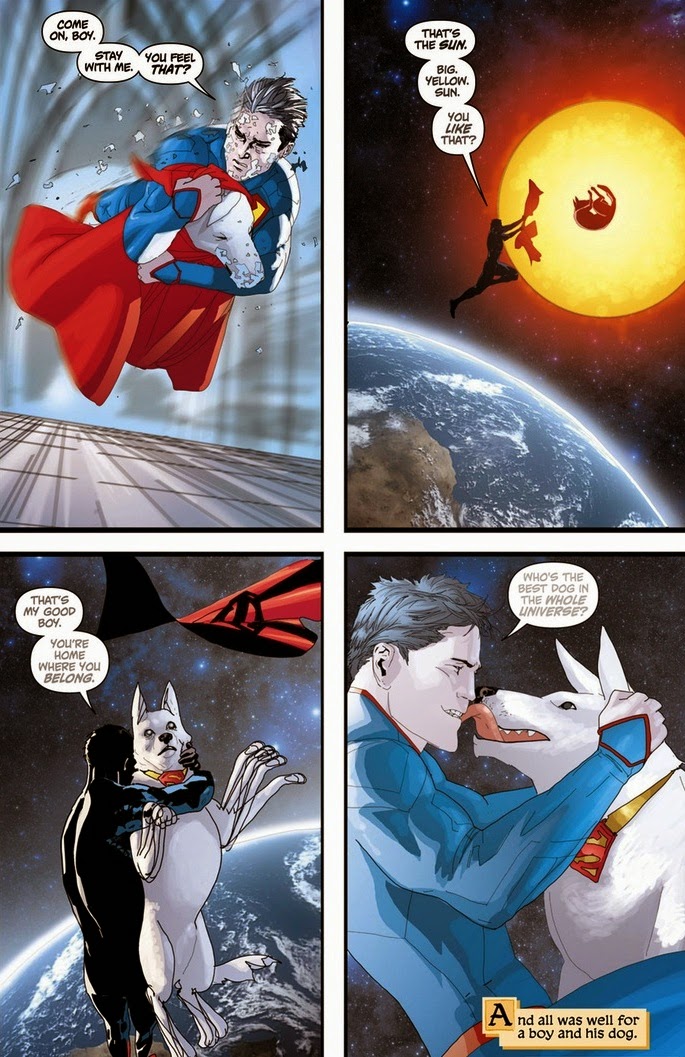 Vyndyktvx is one of Morrison's finest creations, a master plotter without a conscience, hamstrung by his own addiction to complexity. He appears, in fleeting, as a heinous tentacled beast, and more often as a many-faced, multi-armed thing. He's truly incredible. Employed as the power behind every plot in the run, Vyndyktvx crosses time and space to stack the deck against his self-declared nemesis, and Morrison and his cabal of artists make him... unfathomable.

Constantly, this last volume reminds us of what Morrison has said since issue one: that Superman has power as an idea, a concept, a myth. In the end, the very end, that's all that matters – the vast, cross-time madness of Vyndyktvx's scheme, a scheme we met as far back as that first page, that we first saw in those crazy encounters with the Legion of Superheroes, collapses with nothing more than one word (not that I'm telling you what it is), because we believed in Superman. He stops doomsday, banishes the devil.

Grant Morrison is one of the best comics writers who ever lived. He's not the best, but he's my favourite, and this run manifests his everything. This is a story about stories, one where the sanctity of ideals is what wins the day. One where dimensions bend at the whims of a monster but where it's us, in ourselves, inspired by one man, who can change everything.

It's a wild, deranged, hyper-intelligent drug trip of a story, a life-changing exploration of everything Superman was and is. It dives deep into the power of the written and spoken word, the unbreakable power of the human soul, the potency of belief and faith. It's everything I ever wanted in a comic. Everything I ever wanted from Superman. And I want you all to read it. To join in, to be there at the end of days, to add your name to the moment where we banish the devil, together with a boy and his dog.

Jack Meldrum has no words. Murdlem Kcaj believes in Superman.
Posted by Proud Lion at 10:00